Watch what you are creating, take hold of the wheel!

that’s the directive, the theme of this period.

Neither building nor destruction, but malleability shiva shiva

On sabbatical from the studio until February,  I don’t need to imagine any literary character’s voice, or talking self portrait, to tell me it’s time to define, to be specific, like the end of the painting. Time to add the details.

Still clutter clearing and getting through business. This is the time I set aside to do just that. Gnawing thing is alive and well, functioning as the nattering voice of hurry and pressure. I worry about the work, it misses me, it isn’t used to me being gone. but hellfire I planned these weeks – i just didn’t expect them to disappear me completely like always happens.

While I was living for 18 months in Russia in the early 90’s, I experienced swaths of boredom, which was foreign to me, and shocked me. Later I plainly saw this is how the language seeped in, while I was walking around listening, and not doing doing making making doing all the time. I was shuffling through the Hermitage in paper slippers, sloshing along Bolshoi and Nevsky Prospects and way down in the subways, and in the daily markets, or on the packed trams, looking for housewares in far Stalinist settlements built to be temporary, to stores where blankets are rumored to be.  Even better Katia and Sasha took me on their every adventure, to the dacha, dinners at friends’, Sasha even took me on his symposiums. On the first, I met 28 ceramists from all over the former USSR. For two months a year, Uncle Karl assembled members of each city’s Union of Artists in a live-work ceramic center on the Baltic seaside in Dzintari, Latvia.

We lived in state park-like hotel rooms with private no-nonsense baths, and were served three meals of home cooked food a day.  We worked in the warm studio building in private rooms with open doors. the floorboards were the narrowest I’ve ever seen, maybe 1 1/2″ and even though the building was quite stable, it gave me a tipsy feeling to be in my second floor studio room. I didn’t know how to work, yet, so I didn’t know how to be there. I didn’t know how to be still. and I barely know it now, and only ever accompanied by gnawing thing who wants a cigarette, or a toothpick, or salty crunchy things, or indiscriminate mounds of sugar, or wants me to get back to work not because of my love for it but because it’s afraid I will lose some kind of race I’m in with my own work.

ok I surrender, a list is necessary, a list app is necessary, This is the project I assign to gnawing thing, and I forbid it to get near my worry again. and use the tool.  even the swirl of admin, artmaking, personal life, and ArtLife.  lightbender, the work blurts through the little window to the work  that I just drew in the writing. and then I see the work arching over the window,to cascade right there with my juju in front of the window. mutha I just saw the work. it’s not gone, it’s flexing and expanding, twitching in its cocoon. let me carefully re-seal that window I just opened, and re-flippin-lax about the work.

whatever the story, i always see with my eye, hear the voice for reflection, and music for magic carpet rides, down it goes into words, and usually i’m taking pictures with the ever-unreliable phone camera, blinking too late, not being able to deal with light at all, i miss all my other phone cameras. 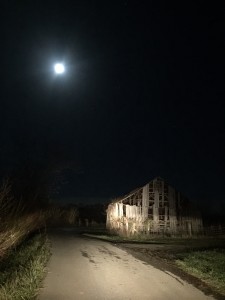